Who a home router with VPNClient does not have much choice. Since the Vilfo router is but has changed a lot. The common method a few years ago was to "flash" a router with alternative software such as DD-WRT or Tomato. Not only the warranty, but also many other model-typical functions were lost. In addition, after that was the establishment of their own VPNServices on it an impossible task for many. This has changed in the past 3 years and very well-known providers like ASUS also have them VPNClient features built into your Wifi router.

If you are looking for a router that also creates a breathtaking speed, you will find it with the model "Vilfo" from Swedish development and production. The router has been designed specifically to meet the needs of home users and to meet their needs.

In addition to a really convincing hardware architecture, this router also manages to transmit data via the maximum encryption with much more than 400MBit / s.

Then there is also the possibility of more than one VPNConnection in parallel. For the user, that means that he is constantly adding several VPNFor example, locations may be linked to different countries. Depending on your requirements, individual devices can be assigned to these connections separately.

The typical example here would be the laptop of the son who uses the US server because he just wants to watch US series. While the daughter with the German VPNLocation can also safely see local content. The TV set with Netflix, however, should be directly from the VPN Use excluded.

This or similar application scenarios can be easily realized with the Vilfo Router. It has been even further thought that the devices which use the router can easily customize their preferred connections via extensions in the browser. So the change from one location to another is done on the individual devices even in a few seconds.

But what may be important for many, that you can even regulate the use of the router individually. So you can lock the still underage daughter and the use of Whatsapp to 22h clock easy. Of course, many other manual or temporally controlled filters can be used.

Installation of the Vilfo router.

The router comes in a nice package delivered directly to your home. First, you can unpack this and then immediately connect to the Internet router. To do this, the router is connected to the power supply using the enclosed power supply and the enclosed network cable is connected to the described location on the router and directly into a free LAN port (usually yellow) on the existing Internet router. Basically, this configuration is the same as connecting a PC to your own internet router. The router is also recognized there and put into operation. The next step is connecting to the Vilfo router. Either with a cable that connects from your own PC to the Vilfo router or via Wifi. The wifi password that the router used at the beginning is conveniently already settled.

Once you are connected to the router, you can already use the administration of the router in the browser. This is in my view very clearly structured and even if this is done only in English, it should not be difficult for anyone to easily adapt it to their own needs.

Your own VPNIntegrate service in less than a minute!

Since already more than 40 different VPN-Services are preconfigured, you can simply select your own from a list, then logs in with his user data of the VPNs and can already have all installed features. The whole thing takes less than 1 minutes and is easy to do even for laymen. 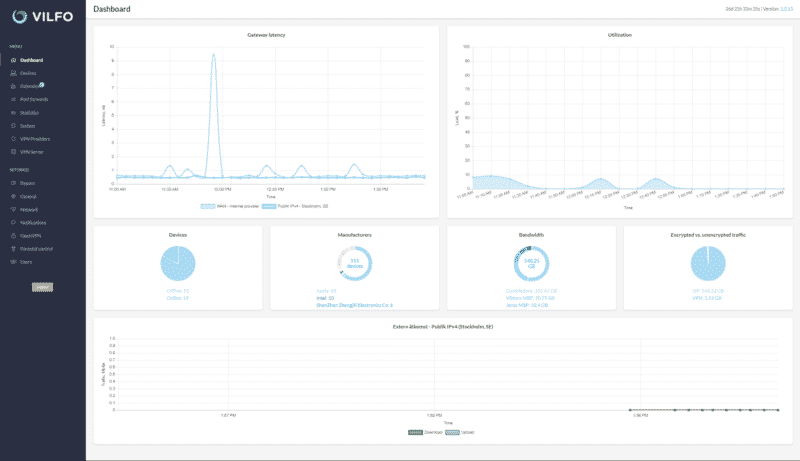 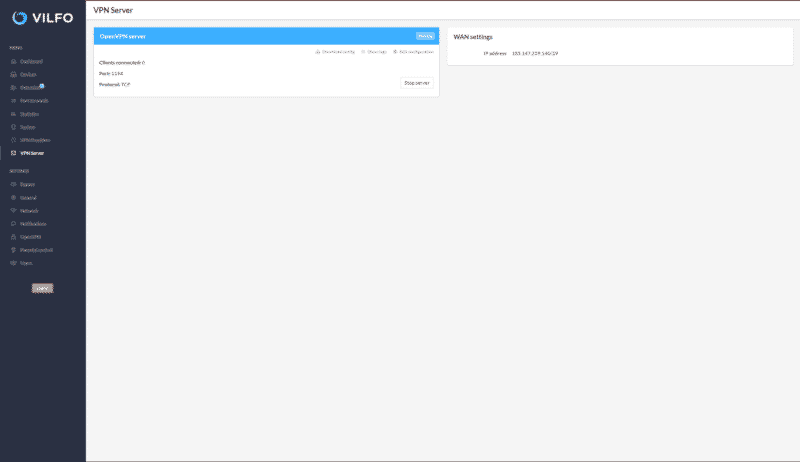 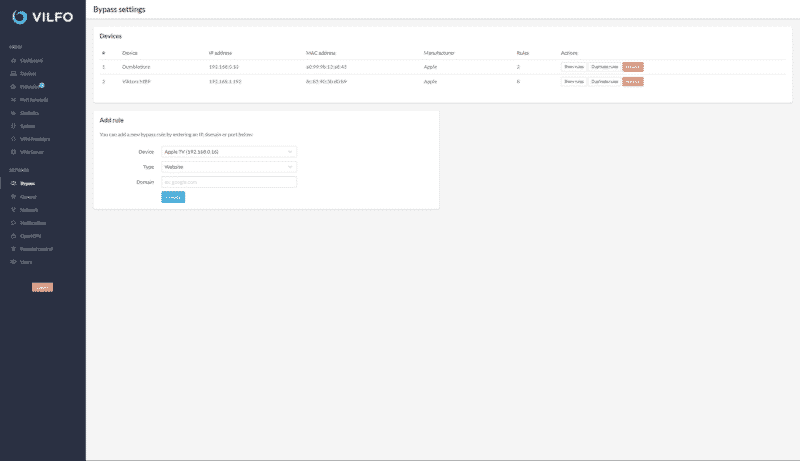 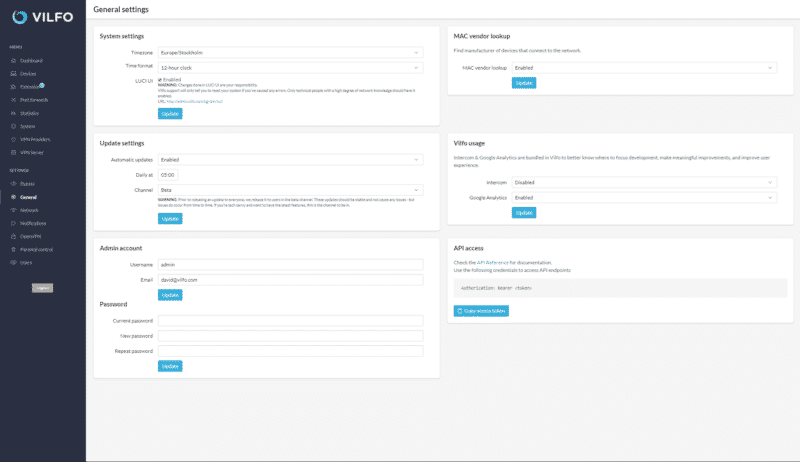 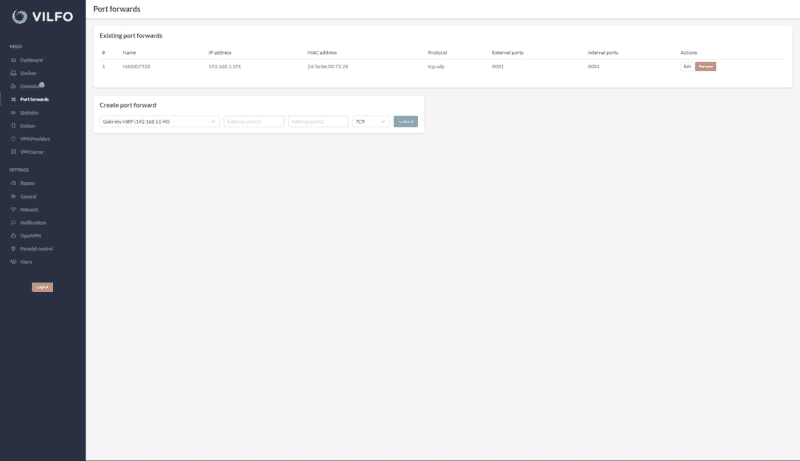 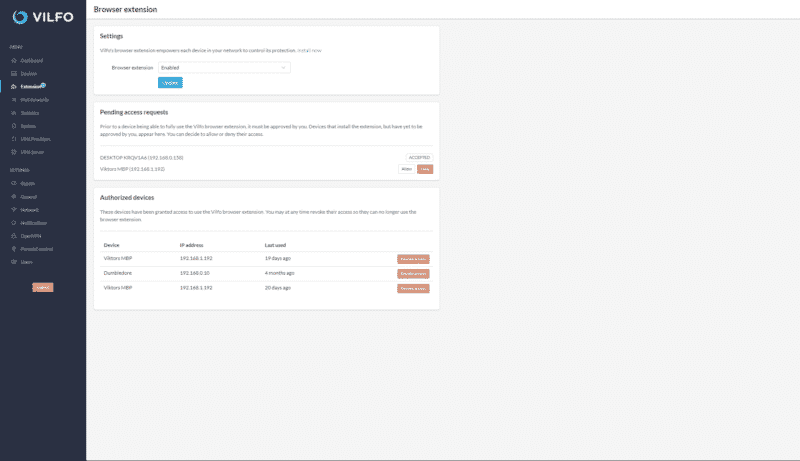 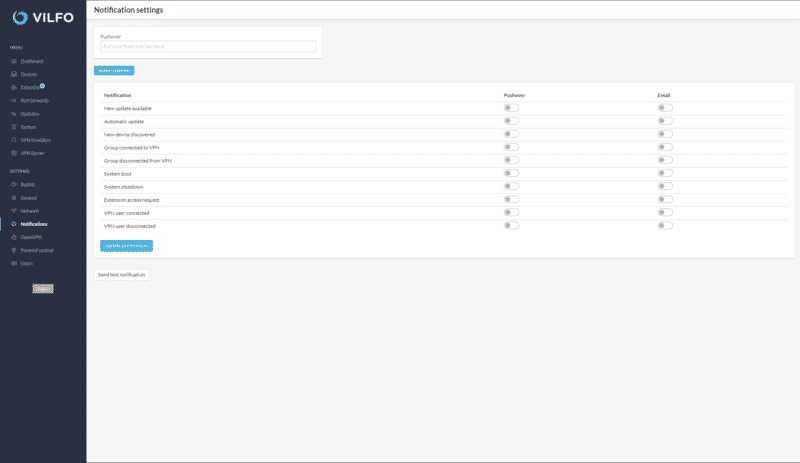 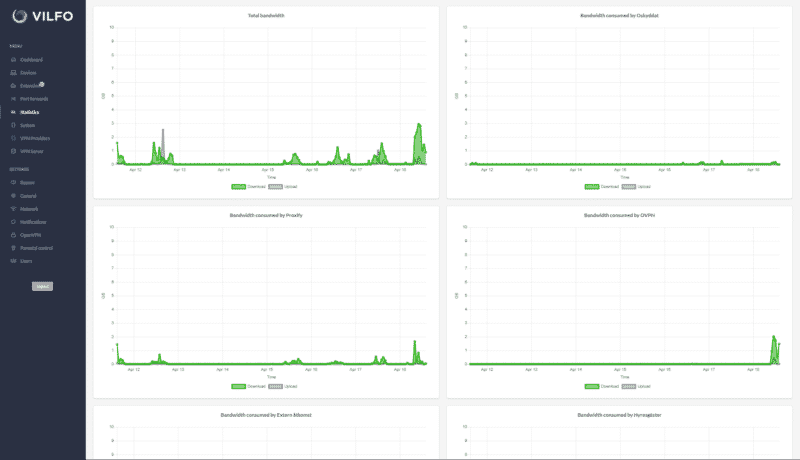 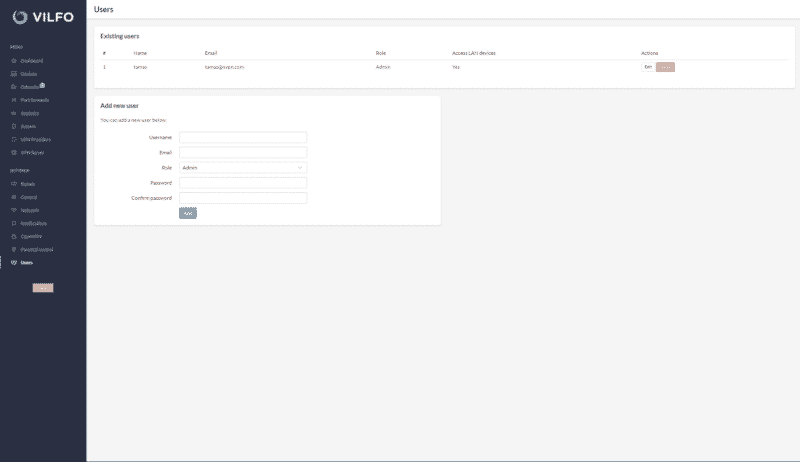 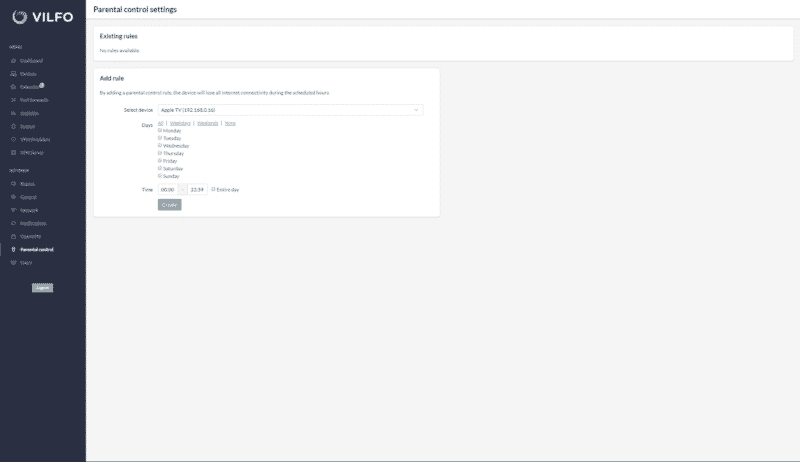 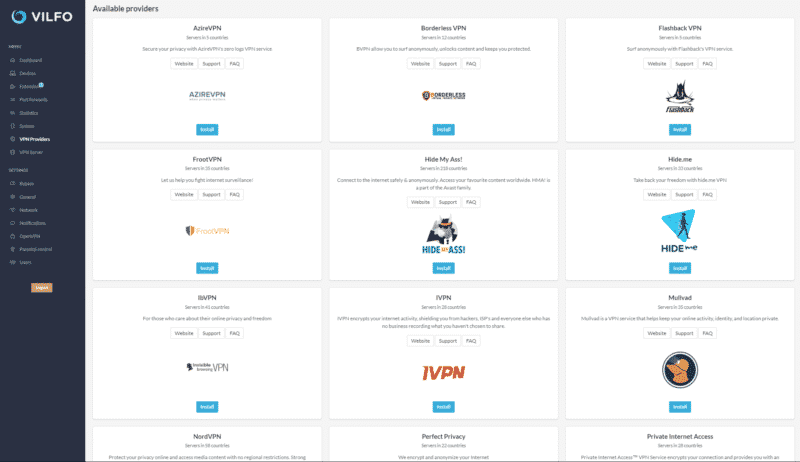 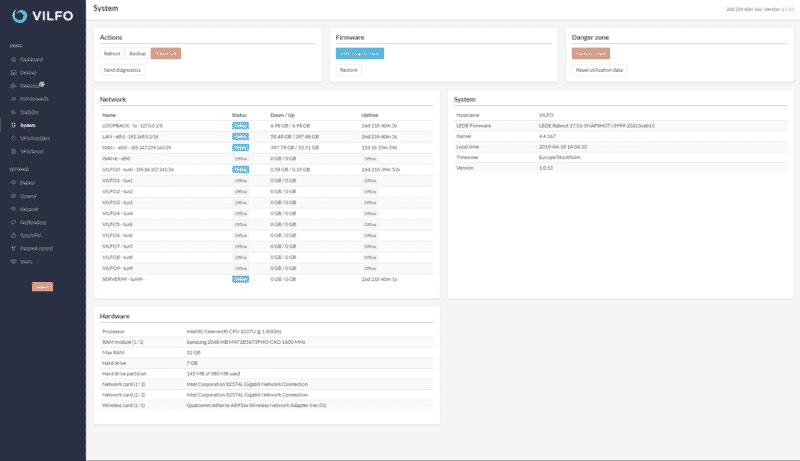 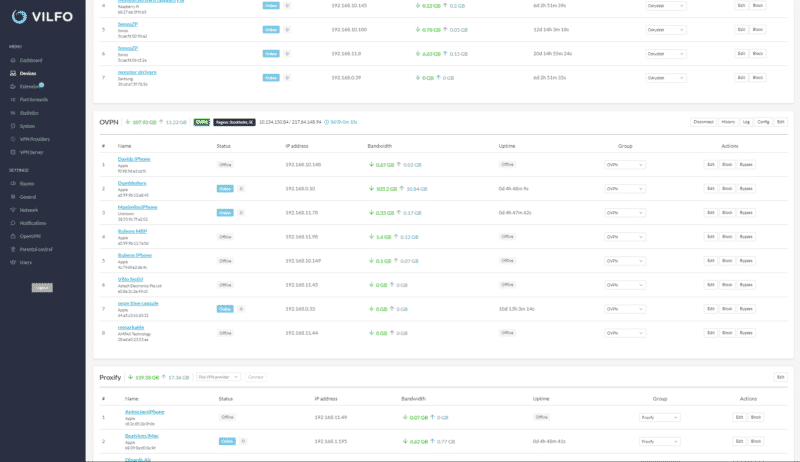 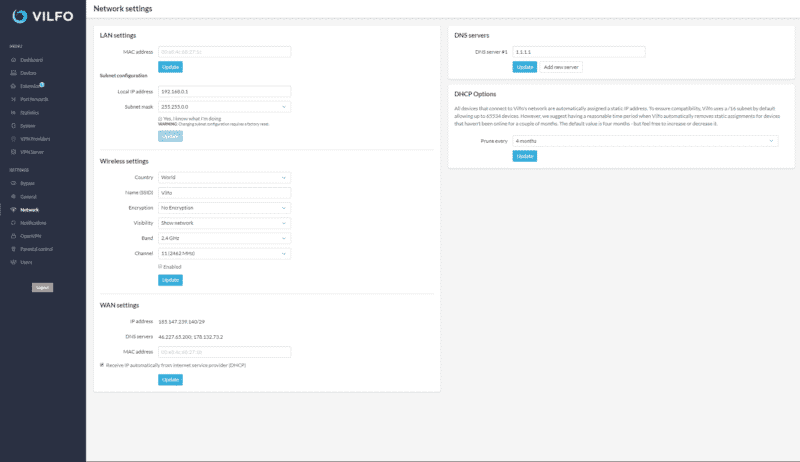 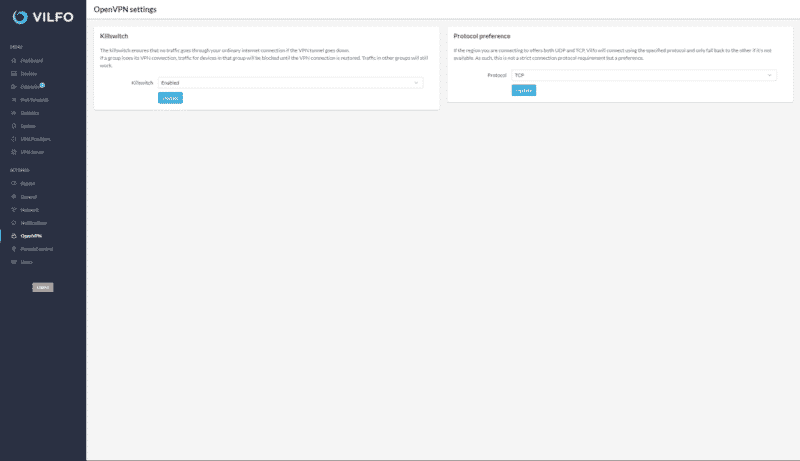 How much is the Vilfo Router?

The price of the Vilfo depends on the location to which you can send the router, since the local sales tax as usual in the EU, is added. Including transport costs, however, an amount of 400 Euro can quickly come together. This amount will certainly scare off many users, but keep in mind that this is a special product. With ASUS routers you can get much cheaper, but it has some limitations compared to a Vilfo router (Only one connection at the same time possible, maximum speed depending on the model up to 90MBit / s)

By the way, you can pay the router with credit cards or your PayPal account. Other payment methods are currently not available.

If you want to save on the shipping costs ($ 20), you can simply specify the coupon "FREESHIPPING" when ordering!

I have tested the Vilfo and have to say that I now have it in constant use at home. It is tempting when many things and functions can be done very easily and very quickly. Of course I want to have security at home, that's why VPN Router the first choice. However, I have only with the Vilfo no compromise on comfort and speed, which is why the price hurts but in the end represents a worthwhile investment. 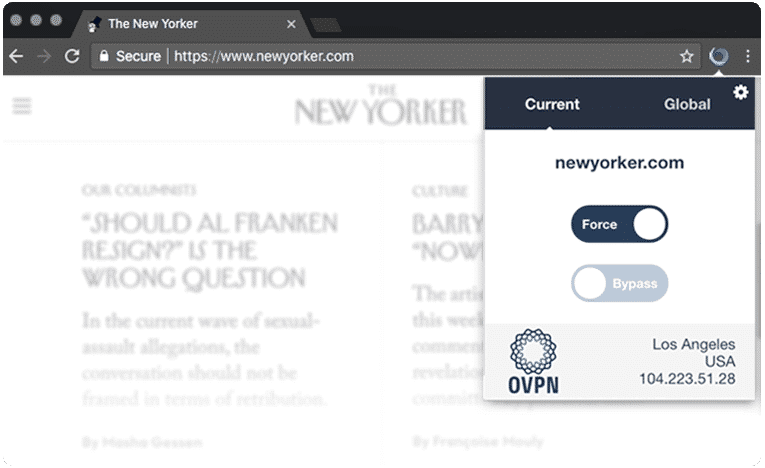 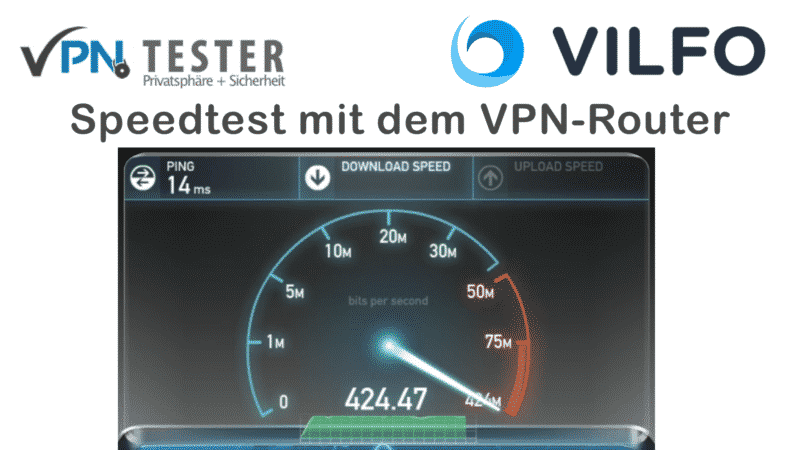 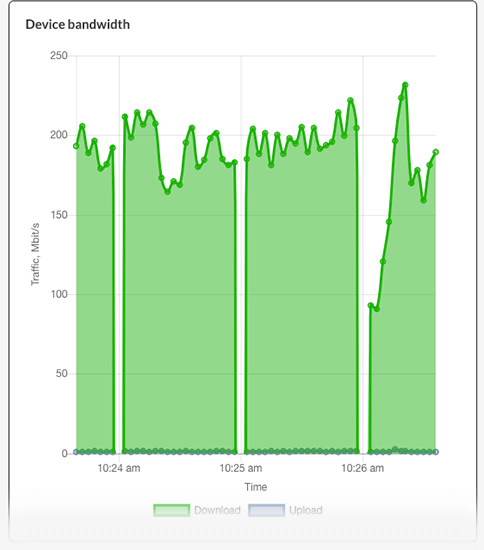