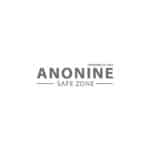 A new comrade has entered the arena. His name: Anonine VPN, Well, that's how new it is VPNService actually not, because the company has been active for more than ten years. Originally founded in Sweden, the company headquarters is now located in the Seychelles. Above all, Anonine wants to score with high security when surfing and downloading as well as public servers in Sweden. If this works and if the whole package is correct, the test shows.

Our conclusion on Anonine VPN Review

All in all, Anonine does VPN a good impression, but with the top services, the provider can not keep up. For server selection, ease of use and additional functions are not enough, the prices are only average low. Really good, however, show the achieved bandwidths with nearby VPNServers and high security.

Right cheap is Anonine VPN in view of the server selection and the range of functions not, the service is compared to the price competitor more in the midfield. For the monthly subscription, customary 6,99 euros are due, three months there is a one-time fee of 17,97 euros (corresponds to 5,99 euros per month). The cheapest subscription option is the 12-month subscription for 47,88 euros (around 3,99 euros per month).

The selection of servers at Anonine VPN The bottom line is in order, compared to top services, but it is expandable: At the time of testing could be just 57 server from 35 countries dial (as of March 2019). Few countries have multiple hosts, including the United States (9), United Kingdom (3), Germany (2) and others. The number of available network protocols appeals: Besides the fast and secure OpenVPN/ Stunnel (UDP and TCP) IPSec IKEv2, L2TP / IPSec and PPTP are available. Security is also convincing: loopholes such as IP, WebRTC, DNS and Windows leaks did not exist, as the IP address always remains secret. Anyone who uploads and downloads often and often via peer-to-peer connections (P2P) or torrent may be pleased, because Anonine VPN allows file sharing. Very good: user data is not collected. A small drawback is the device limitation to five connections at the same time, which should normally suffice.

The bad news first: Mac users have to deal with the manual VPN-Convince. But there is at least a good guide on the website. The good news: Windows has a desktop client, even if it looks a bit spartan. Installation, setup and operation are decent. When opening the software, all servers are displayed first Asterisk symbol On the right side you can create favorites in a separate list. With the green key you enter a fast connection, before you have the possibility to select the desired server and the preferred protocol. Under the rider Call log In addition, the activities can be understood. In the settings you can find general options (behavior at startup, language, port) - and the kill switch, which cuts off the Internet, as soon as none VPNConnection exists more. Apart from that, it looks a bit meager in terms of functions, but that is enough for ordinary use.

Au weia: An app for iOS devices (iPhones and iPads) offers Anonine VPN though. Here, however, it hapert in terms of optics and - related - the operation. After logging in, the app greets you with an interactive, zoomable world map littered with virtual pins and an indication that the connection is not secure. To be with one VPNServer, you can either tap the button next to the hint (quick connection) or one of the red needles to select a specific server. Once that is done, the confirmation of the connection and a green line between the actual location and the first one appear VPNLocation on the map. In addition, the location on the top left appears in a drop-down list that lets you control other, significantly more comfortable servers.

The presentation with the card is in and of itself a nice idea and visually appealing, really clear and easy to use but not. Another thorn in the eye is the drop-down list: The individual country flags of the server locations are shown here when unfolded, but the caption protrudes into the picture - not really nice. Are there several available VPNServer in one country, a tipper on the flag and the choices appear. By the way: The kill switch and other features have Anonine VPN saved for the mobile apps. All in all, the iOS app is in terms of functionality in order, the design and the somewhat uncomfortable operation, however, are expandable.

Compared to the iOS app, the application for Android mobile devices since the latest update looks much tidier: unlike the iOS version, there is no map here, instead, a simple drop-down list and buttons - much more comfortable and chic. With a simple Tipper on Connect without prior server selection you connect with the individual optimum VPN-Server. However, it is not possible to determine what this is. Therefore, it is probably advisable to target a nearby host in the overview. Curious: In the Android app, users have access to almost twice as many servers as in the Windows client or the iOS application. A drawback with both mobile applications: The network protocol can not be changed, here IPSec is used by default.

At Anonine VPN you should buckle up better, because here it is fast - at least in the short and middle distance. Praising words are available for nearby VPN-Server: In the sample fell particularly the hosts in Germany (Down: 70,7 MBit / s | Up: 42,6 MBit / s), Great Britain (Down: 40,4 MBit / s | Up: 45,8 MBit / s), France (Down: 34,7 MBit / s | Up: 26,9 MBit / s) and Sweden (Down: 34,6 MBit / s | Up: 36,67 MBit / s) positive, the initial speed without VPN was included in the measurement at 120,6 Mbps Download and 49,74 MBit / s in the upload. Even with the checked US server, the bandwidth is just enough for video streaming in 4K resolution (such as Netflix). On the other hand, the hosts from China, Japan, Brazil and Australia, which are less than 5 percent of the original data rate, are unusable VPN achieved and not even streaming in Full HD quality without delay.

The favorite series or the great movie is not available at Netflix Germany, but in the US version of the streaming service? No problem: Four dedicated and designated US Netflix servers can be found at Anonine VPN at. Before the connection, however, it should be noted that you must first select the network protocol PPTP or L2TP. with openVPN Unfortunately, the fun does not work, because only the known error message appears.

With Anonine you are safe from warnings and you can easily use it for torrenting ticks. Interruptions do not really occur either, because the stability of the connection is guaranteed.

Use on the router

The service can be easily connected to routers, which guarantees the protection of the family in the simplest way. This means that all devices connected to the WLAN are also protected against the dangers of the Internet.

The service does not offer applications for game consoles such as Xbox or Playstation. There is also no DDoS protection. In order to be able to stream really carefree and without interruptions, we recommend another provider for this purpose.

The service offers a live chat, an FAQ website and your own email as a contact option. This is a big plus point for the service in our test.

As mentioned before, Anonine is waiting VPN with comparatively few additional functions. A short overview including directions and explanation can be found below:

Instructions: How can you see German-language 🇩🇪🇦🇹🇨🇭TV abroad?

Geographical barriers to TV programs Many of my readers face the challenge of wanting to watch German-language TV channels abroad ...
Instructions

VPN use on router at home!

ZenMate VPN Test ZenMate is an originally German provider, which is a rarity in itself. Meanwhile, the service ...
VPN Provider test reports

Windscribe review Windscribe VPN has made a name for itself with its free tariff among users. Like ...
General, VPN Provider test reports

VPN-Routers can also be good helpers when protecting your own devices. The Gl.iNet routers offer special hardware, ...
VPNaids