Tiktok is becoming increasingly popular. Teenagers in particular can no longer pass out 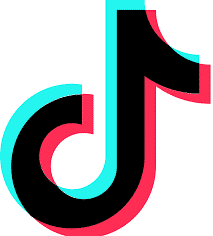 e the video portal - and at the same time open the door for hackers & Co. As has now become known, cybercriminals actually had access to private videos of Tiktok users due to a TikTok security hole!

Tiktok is washed with all water. At first glance, the video portal, including the social media function, sounds quite harmless. Upload videos, exchange ideas, etc. Even the children of celebrities like Heidi Klum give a lively insight into their lives. Tiktok is from China, however. And, fittingly, has been suspected of espionage several times.

Clear that the video app is under surveillance. And so have Check Point security researcher Security holes found in November and Tiktok informed. The company eliminated the gaps by mid-December - but they had a lot to it: It was possible to manipulate text messages as if they came from Tiktok itself. There was a link in the fake messages. If the user clicked on this, the attackers already had partial access to his account - including videos!

In addition to this serious security problem, the hackers were allegedly able to redirect the compromised users to a Tiktok fake page and extract additional data. In its public statement, the company expressed gratitude that the researchers had pointed out the security vulnerabilities. In general, such information is very much appreciated. According to Tiktok, the gap was not exploited.

Is China spying on the whole world via Tiktok?

The new security hole fits in with the fear that Tiktok could even serve as a brilliant spy for China. That would be nothing new for the Chinese regime. The app is suspected, especially in the USA, to evaluate the videos and leak the data to the Chinese government & Co. For this reason, the American army can no longer use the app. There also appears to be censorship on Tiktok. Government-critical videos have been removed, postings from disabled people etc. Tiktok always has an answer and apology ready, of course. But a stale aftertaste remains ... But Tiktok is not the only app to be used with caution, like this report shows!